AREA Vice-President for International Affairs Marco Buoni presented EU examples in training & certification for hot ambient countries at the occasion of the IIR conference on the cold chain held on 25-26 October in Tunis.

In hot countries, where microbial growth is faster as a result of high temperatures, the use of refrigeration must be regarded as essential.

However, in hot developing countries, the emphasis is put on an increase in agricultural production and they are very little inclined to refrigerate agricultural products. This is the reason why post-production losses are considerable, whether in the field, during transportation, in storage or during distribution. These losses can be defined as "a decrease in food quantity or quality".

According to the International Institute of Refrigeration (IIR), establishing cold chains for foodstuffs in developing countries to the same standard as in industrialized countries would allow these countries to have at least 15% more food availability. 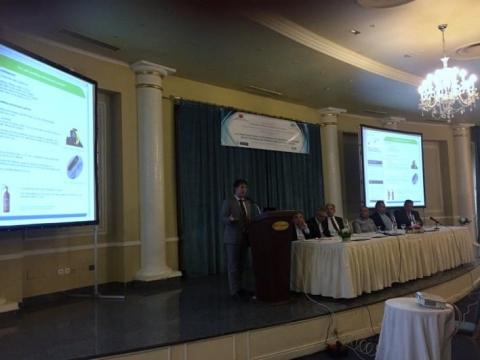